We are living in a world where cold calling and self promotion are no longer working and we need to find new ways to promote your business and attract customers. I am sure majority of you are like me – switching the TV channels when there is an Advert but watching a documentary when they present an interesting story.

Storytelling is the new way of PR, marketing, selling and public speaking. Successful business people are sharing stories and I think Richard Branson is the best example. He has challenged himself with many record breaking adventures, including the fastest ever Atlantic Ocean crossing, a series of hot air balloon adventures and kitesurfing across the English Channel. All these stories brought Richard Branson and Virgin companies into everyone’s attention, better than any paid advertising would have done it.

Yesterday I attended two webinars on storytelling – one on “How to get press coverage (without writing a single press release)” organised by Janet Murray, PR coach and author of ‘Your Press Release Is Breaking My Heart: A Totally Unconventional Guide To Selling Your Story In The Media’ and another on “How to Design and Deliver A Story That Positions You As An Authority!!” by the Public Speaking Expert Andy Harrington.

Both, Janet and Andy, talked about the importance of storytelling for promoting your business.

How to Get Press Coverage for Your Business

First of all, decide where you want your story to be published and pitch that story to the journalists. According to Janet Murray, who has 15 years of experience as a national journalist and editor, the journalists (and the general public) are more interested in stories on Relationships, Money, Family, Work, Hobbies & Interests, Life & Death than Your Business Brand. So, in order to get your brand and business noticed, you have to discover and promote stories around these ideas.

We all have a reason behind doing what we are doing and apparently that is exactly what interests others. See below some of the stories published in the media after these entrepreneurs have listened to Janet Murray’s advice to pitch a story to the journalists rather than a press release.

Build Up Your Story

Andy Harrington, Public Speaking Expert, went a bit deeper into the structure of a story. He said that any personal story should have five parts:

After you created a story, you can promote it on your website, in online videos, in pitches to journalists, webinars, seminars, social media or even in a memoir.

Stories stimulate the brain and can even change how we act in life. According to The New York Times, in the last few years the scientists discovered that the description of smell and movement stimulate other regions of the brain that haven’t been discovered before. The brain does not make much distinction between reading about an experience and encountering in real life; in each case the same neurological regions are stimulated.

Emeritus professor of cognitive psychology at the University of Toronto, Keith Oatley, makes the case that storytelling goes beyond the basic language areas, citing that longform storytelling produces a lucid simulation of reality, one that “runs on minds of readers just as computer simulations run on computers.” Stories — with intentional character development, plot formation, inflection points, and communicated core beliefs progress far beyond Broca’s area and Wernicke’s area in the brain.

If you want to find out more about how storytelling is affecting the way to think and perceive the reality, read the article ‘Your Brain on Function’ from The New York Times.

I had the honour to meet Keith Keller, a fantastic Twitter Marketing Specialist from Australia, on Twitter and now we are sharing opinions on how to help other businesses to master their Twitter Account.

Listed to Keith Keller‘s podcast ‘Why Storytelling Works’ to find out how you can master your Twitter account with Storytelling. 1 thought on “Storytelling, A New Trend in Business”

This site uses Akismet to reduce spam. Learn how your comment data is processed. 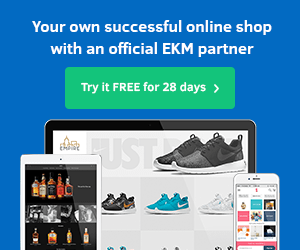